Could 2011 be the End of the Housing Crash in Ocean County,NJ?

Posted on February 28, 2011 by Jim Flanagan
A good friend of mine just called to tell me about an article he saw on YAHOO, concerning the real estate market, Why 2011 May Be the End of the Housing Crash. I don’t know which interested me more; the fact that the Wall Street Journal published something positive about real estate or the amazing amount of “comments” attempting to discredit the author, the Wall Street Journal and everyone and anyone who ever had anything to do with real estate?

Now, I don’t know anything about them (the commenters) but I do know that the sources used by Simon Constable are not exactly known for agreeing with the terminally optimistic perspective of the National Association of REALTORS. I’m specifically talking about the S&P/Case-Shiller Home Price Index and the analysts from Moody’s Analytics; both of which have historically opposed the “sunny” outlook of NAR’s Chief Economist, Lawrence Yun.

Housing is the most affordable it has been in decades, according to analysts at Moody’s Analytics. They don’t just look at house prices. They also look at incomes.

So, why then, is it so difficult to believe the “end” of the housing crash may be near? Perhaps it is because many of these “commenters” suffered some sort of financial setback as a result of the “Housing Bubble” or just because of the economy in general? Or is it just too easy for anyone with a computer and too much time on their hands to “comment” on anything and everything?

So as not to be lumped in with the latter, I’ll let the local real estate market speak for itself: 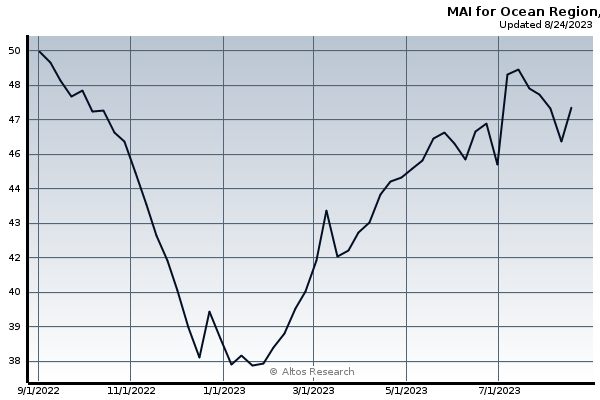 The “activity” we are currently experiencing in Ocean County, NJ, would tend to agree with Mr. Constable, the Wall Street Journal and Moody’s Analytics. But, I would be interested in the “comments” of our local community here in Ocean County…so, if you have a computer and a little time on your hands, be my guest!

Check out our Useful Links!